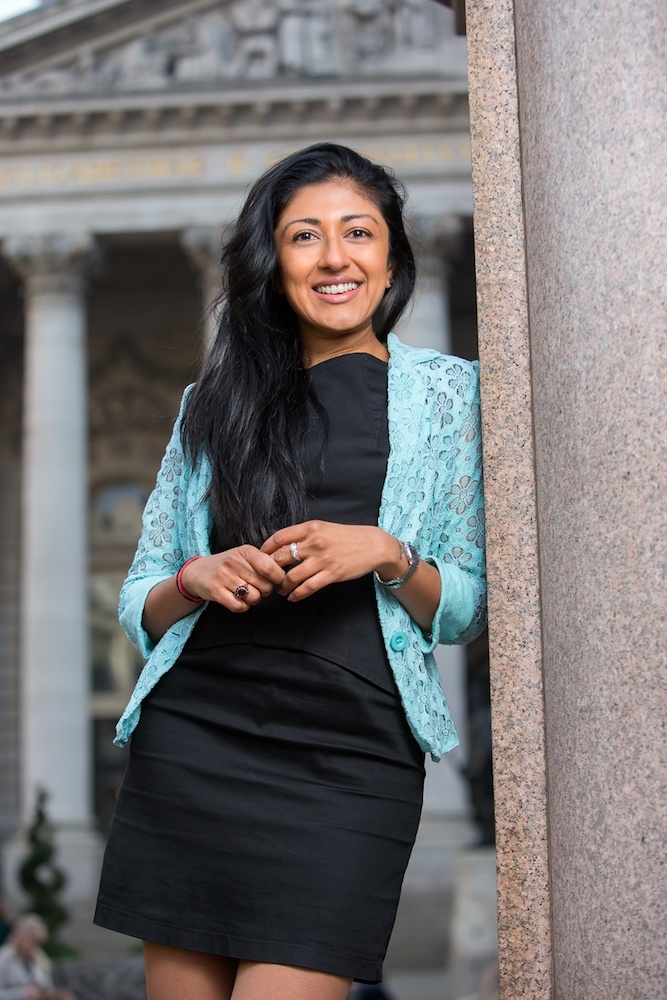 Everything You Need to Know About Inclusion and Diversity, but Were Too Afraid to Ask

Diversity and Inclusion has become increasingly important to businesses and companies around the world over the past years. While a lot of progress has been and is being made, we wanted to present a viewpoint from one of our partners about how companies are going about it in the wrong way — and taking the easy path.

Here, Heeral Gudka, founder of Convergent Consulting, answers the fundamental questions you might have — but were afraid to ask — to improve your understanding of the topic. She also explains her approach to D&I — which turns the the idea on its head and puts Inclusion first.  — Guy Reading, Editor

‍Inclusion and Diversity? I’ve only heard it phrased the other way round before?

‍Diversity & Inclusion has become such an ingrained concept in organisational behaviour that we now accept it unquestioningly. Like an unexpressed form of confirmation bias, the fact everyone is looking at diversity ahead of inclusion means that putting diversity first has become the assumed way to look at D&I. But this doesn’t really transform company cultures and in fact starting with diversity can put people on the defensive. When you start with inclusion you open a conversation about how to create a culture in which everyone can thrive.

‍Why do so many companies cling to diversity?

‍Diversity is “easy” to measure. It’s largely a matter of headcount, and companies love to present an easy-to-understand statistic or graph for how many women or people of colour they have hired.

But what about all the other kinds of diversity? Is a company only focusing on the visually identifiable types? What about neurodiversity? What about diversity of thought, background, education, sexuality?

The level of inclusivity in an organisation is harder to measure. Understanding the narratives and experiences of people which make up an organisation gives us an idea of how inclusive an organisation really is. This takes trust, time and patience. But the pay-off is huge — and as a starting point, much more significant than merely focusing on the metrics of headcount and organisational demographics.

‍Why do I need to put in place an Inclusion & Diversity policy?

Every organisation will have different reasons, based on its values and the internal culture you are trying to build.

What are benefits of a more inclusive workplace?

‍The benefits range from higher levels of staff retention and motivation to fewer absences. It will lead towards becoming an employer of choice.

Creating a more inclusive workplace also involves learning new skills to help your interactions with people outside of your organisation. The world is more connected than ever, you and your people will most likely be interacting with customers, clients and investors. To be effective and get the outcomes needed there is a degree of skill that should be applied. This skill is Cultural Intelligence (CI).

Emotional Intelligence (EI) is grounded in the context of our social upbringing and cultures, and we assess the world around us through that context. CI is a skill which moves us one step on from EI. Cultural Intelligence is about taking that awareness to the next stage to understand why people from different places do things differently to us and how our assumptions could derail projects.

CI isn’t a skill that relates only to recruitment or staff retention, either. An organisation will have myriad external touchpoints which might be influenced for the better – or worse – by how deftly or not CI is deployed.

‍Who needs to be involved in this process?

‍It is essential that the leadership team demonstrates a commitment to engage with I&D. It is the only way to exert enough influence to ensure managers across the firm do their part to creating and supporting inclusive teams.

‍I’ve heard a lot about Unconscious Bias – what should I do about this?

‍Developing an awareness of how unconscious bias impacts decision making can be helpful. It should get everyone thinking, but it’s unlikely to actually affect change by itself. A training session can’t control the direction of those thoughts — nor should it aim to. In fact, organisations need to be aware that unconscious bias training can put people on the defensive, especially if those trainings are mandatory.

The alternative is to add Inclusive Behaviours to the competencies you want all your people to develop, from the leadership team to the most junior members. By making this part of the development process you give a clear signal about the importance of behaviours which promote collaboration rather than shut it down.

These behaviours will create the inclusive culture which eludes so many firms which solely focus on the unconscious bias route.

‍I’m still not convinced about the business case for implementing an I&D strategy.

‍We don’t believe that work on I&D is about making a “business case”. No-one thinks twice about the cost of people’s physical safety at work, and at the most basic level creating an inclusive workplace creates the foundation of people’s mental safety at work.

Your organisation can only benefit from creating a culture that’s right for its own values and reflects its brand. Of course, this can include hiring more women and people of colour if that’s the direction you want to go in, but prioritising an effective internal culture is the intuitive place to start.

The reality of the world today is that there is a skills shortage, and so a singular, non- wavering approach to filling that shortage is not enough. There are many different diverse and under-represented groups which can add to the success of businesses, not just those who are visually identifiable as being diverse. These same people are out there looking for opportunities.

Creating an inclusive culture will put you ahead of your competitors in attracting talented people from all backgrounds. If you’re not mining every talent seam, you can’t be sure you’re seeing the very best candidates — never mind hiring them.

Ultimately, an inclusive culture is a sign of good corporate citizenship.