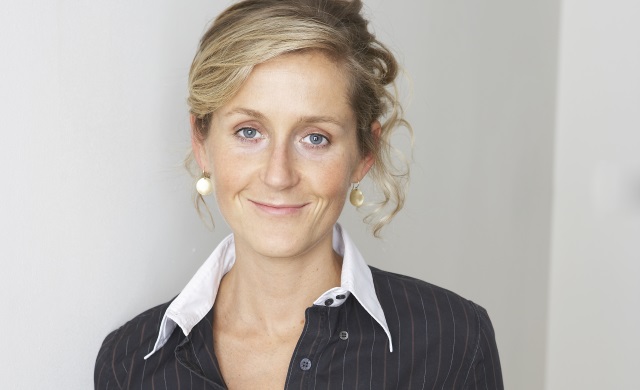 Fighting for a Fairer Internet with Martha Lane Fox

As Western economies and societies grapple with profound complexities such as economic inequality and political distrust, the hopes and dreams associated with the internet have soured. The internet has become increasingly controlled by a few gargantuan corporations, which unfortunately reflect a small percentage of the population, with issues around diversity that have repeatedly come up in the media.

This issue is what has inspired Martha Lane Fox’s most recent project, doteveryone, a think tank that makes stuff, which seeks to realign the internet with its founding hopes in order to create an open internet which reflects and involves the diversity of the world.

If there is a theme to the entrepreneur who confesses to us that she doesn’t like to be put in a box, it is that Martha Lane Fox has always been evangelising and selling the internet. It is, she points out, not only what she did with lastminute.com back in the 1990s, but what she is still doing today, on the boards of businesses such as Twitter, and in the House of Lords.

In a wide-ranging interview with us, she discussed digital literacy, realising the validity of your own voice, and the importance for women to be bold and embolden others.

What’s your career journey, from lastminute.com to the House of Lords?

At the start of my career, I wasn’t particularly interested in working in technology. However, I fell into a consulting job at Spectrum when I left Oxford which changed my working life. I learnt masses, I met Brent Hoberman, and I learnt about the internet, which, of course, led onto lastminute.com.

“I love the idea that I have a career journey! Almost everything I’ve done has been serendipitous.”

In 2004 I had the extremely profound and very personal experience of being in hospital for two years, and had to completely change my life. I did not have a change of direction, as some people are desperate to find, but it did mean that I had to think about a different pattern of working.

After that, I started Lucky Voice with Nick Thistleton, as we thought we’d do something in the real world, which helped me recover my confidence. The board of Channel Four then introduced me to a different network, which led to my work for the then Prime Minister Gordon Brown on Digital Inclusion and Skills. That involvement energised me about what we have left to do in regards to technology in Britain, and I realised that I liked working on policy and in politics. As a result, I applied to be a member of the House of Lords.

“The Lords is only a part of my working life — I want to be there when I feel I am making a difference, but I’m not a careerist Lord who is always present.”

If you are generous, open-minded and kind to those around you, people will generally treat you with respect and kindness, and will help you discover new opportunities.

I was asked to give the Dimbleby Lecture a couple of years ago, in which I talked about the original values of the open internet. While we have an incredible history of technology in this country, we haven’t protected those values — not through the lens of gender, inclusion, or ethics. I suggested that we needed an organisation to do that, hoping that someone else would set it up. But guess what, they didn’t! Last year we started to raise the money, and get it off the ground, under the strapline that we’re fighting for a fairer internet.

“Doteveryone is a think tank, but we also make things. We believe that a digital and inclusive society is as important as the economy.”

Why do we need a more inclusive internet and economy?

We have sleepwalked into an urgent situation, as we find ourselves with profound complexities in every western economy, from the political landscape, to climate change, to massive movements of peoples, to rampant inequality. It seems incredible that we thought — I thought — twenty years ago that the internet might solve some of those problems.

The internet is dominated, if not controlled, by three or four huge businesses, which have a profound lack of diversity. We need counterbalances to those corporate voices — not necessarily because they’re evil or doing a bad job, but because they come from a very small part of the world and a very small percentage of the population.

Which tech companies are inclusive?

Companies such as Slack and Mozilla encourage me. Slack has grown very quickly, and has tried to put gender balance at the heart of what they do. Mozilla has created a completely different model of ‘open’, appealing to the original beliefs associated with the internet, and should be praised for that.

What are the most important things you have learnt in your career?

I never thought my life would take the trajectory it has. Back in 1997, we were selling the internet. Lastminute was almost a secondary concern — people thought that the internet was going to implode. It’s fascinating to me that I’m still doing that in 2017!

It constantly surprises me that we are still learning about, trying to get our heads around, and sifting through the effects of the internet. It is baffling, booming, and fast-paced.

“If I were running lastminute now, at 44, not 24, I would think more consciously about how I could improve myself, and what wasn’t working. I tried my best, but I didn’t know what the hell I was doing.”

I was incredibly young when I started lastminute.com — I was 25, and had massive exposure before I was 30. All of a sudden I found myself in a situation that lots of people don’t reach until they’re 65 — not because I was brilliant, but because I’d had this ridiculous trajectory. That meant that people assumed I had a bank of experience that I didn’t necessarily have, which led to self-doubt.

I tell young people all the time that you have to keep reinforcing the validity of your own voice. If I feel like that, I think about people who haven’t had the luck that I have, and how hard it can sometimes be to believe that you do have a seat at the table, that you can make that call and that someone will want to hear from you.

What are the most important skills for progression?

If there is a theme to my career, it’s that I believe in being present in your current situation, but maintaining an eye to the future. It’s important to not be so keen and looking to jump ahead that you miss some of the things that might be right beside you.

“Be kind and generous to the people around you, because opportunities are always presenting themselves, but also have an eye on the direction of travel.”

I ask myself the question, “In ten or twenty years, what is the most insane, ridiculous and ambitious thing that I could do?” That long term personal ambition allows you to match it to smaller, broken down chunks of progression. What do I need to learn or do this year, and next year, and the year after, to get to that goal? That process gives me a big, scary target — but one which I can then break down.

“I ask myself the question, “In ten or twenty years, what is the most insane, ridiculous and ambitious thing that I could do?“”

How will digital literacy be important for the future?

For me, digital literacy is less about the concept itself, and much more about teaching resilience and adaptability. The internet has forever changed our style of leadership and work, and has led to less hierarchy and more openness. To a large extent, digital literacy is not necessarily about knowing all the answers — it’s about continuing to ask questions. You don’t have to have the deep technical knowledge, but you do have to appreciate that the world has changed forever — and adaptability and resilience is essential to that appreciation.

Doteveryone is interested in the next phase of digital understanding, particularly for leaders. There are currently not enough digital executives on the boards of FTSE 100 companies, public sector organisations, the civil service, primary care trusts, and local councils — we have a long way to go.

Is there anything else you would like to say?

We need women to feel bold, and embolden others. That is not always easy if you’re working in an environment that feels hostile, or an environment where the hierarchy does not look like you. I implore young women, particularly, not to be put off — especially in the tech sector.

“If any young or old women who are interested in what I have to say ever feel that they’re being curtailed, or are told their ambition isn’t realistic — I would tell them, ‘screw that’. It’s not true.”