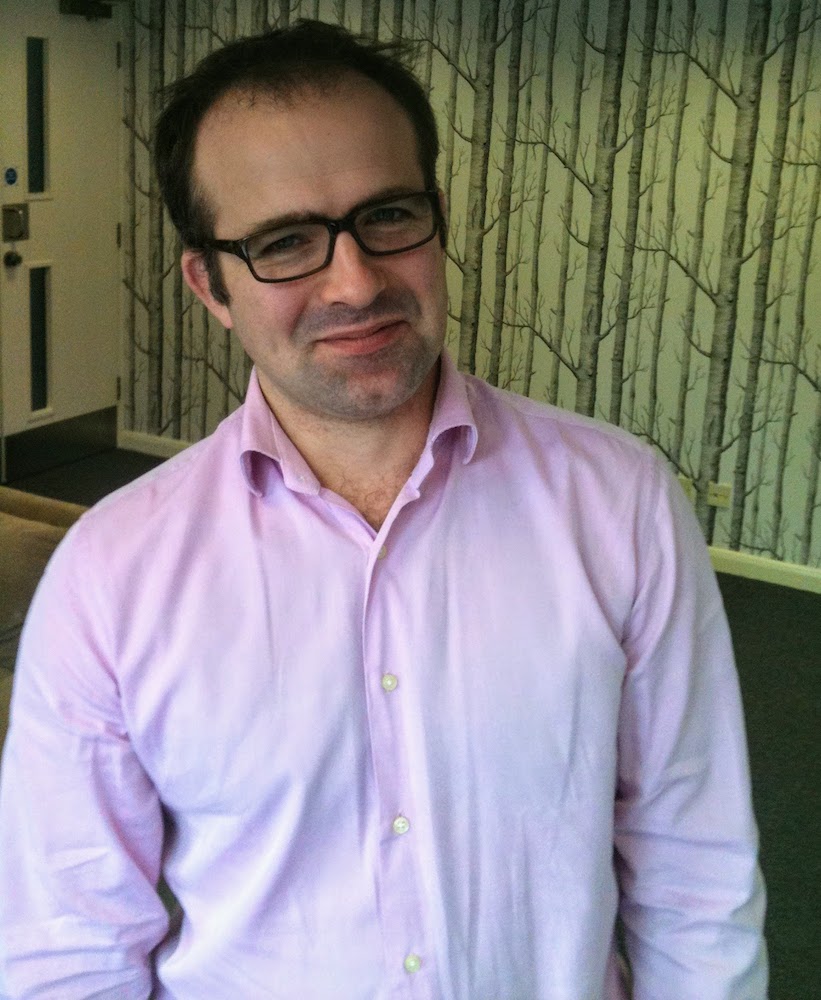 Integrity and Trust in Business with Benjamin Chilcott

“Defence wins championships”. It’s a canny saying in sport about what really defines winning teams. No matter how exciting, dynamic or high-scoring an attack is, what defines the best teams are the will and the toughness they show when they get unlucky and they need to stand firm and close a game out.

Your career, and business in general, is the same way. Dazzling intelligence or high productivity will certainly bring short-term success, but what defines long-term success, for companies and individuals, is trustworthiness, reliability and integrity.

That’s a fact that Benjamin Chilcott, CEO of iris Concise, is familiar with. He was inspired to set up his consultancy Concise on the basis of what he wanted to avoid — disingenuous weighty documents and selling technology. The consciously different approach has been borne out with a decade and a half of success. As he told us, to remain any good over that length of time, you need integrity. Furthermore, as a leader, if you want to develop talent, you need to give them responsibility and the chance to step up — but employees also need to be trustworthy and accountable to take on that charge.

After leaving university in 1992, I went to France for a few months, and worked odd jobs there. A friend phoned me, telling me that he was working in Oddbins back in London, and having a great time. I came back, starting working there, and continued to work, on and off, in the wine trade for the next five years. I was a founder and investor in Vinopolis, and in around ’96, I tried to set up an online business called World of Wines in association with my brother, who had an e-commerce consultancy/web design agency.

Unfortunately, we got the business model massively wrong — we thought that people were slightly embarrassed about wine, so they might pay for information about it. Of course, one of the things we now know about the internet is that information tends to be free, so it went very badly.

By the end of that, I had spent a lot of time trying to understand the internet, so my brother said to me, “Why don’t you just join our business?” I did so, and shortly after, in 2000, they went through two acquisitions — first by a NASDAQ listed business, and then by a South African tech business. You can imagine that the bubble was approaching, and at that point, I and Josh [Thomson] had already decided we’d had enough of working for other people, and wanted to set up our own business.

What led you to make that decision, and start Concise?

Around 2000, we were doing a feasibility study for David Lloyd Leisure, who wanted to create an online gym. In the course of the study, we quickly realised that there was no mileage in the idea. We spoke to the people that owned the consultancy, who encouraged us to tell them that it was a good idea regardless, as there were essentially two million pounds on the table connected to the idea. This didn’t sit well with us. We met the FD and MD of the company to tell them that while we were going to present our accurate findings at the board meeting later in the week, they might not see us again as we could be out of a job. The MD told us that they needed people like us — trusted advisors — and said, “why don’t you set up your own business?”

Encouraged by this conversation and others with clients, we jumped ship, and set up Concise on the premise that we wanted to be different from other organisations out there. I always tell people now that they should set up a business for what they want to be, but in reality we set up our business on the basis of what we didn’t want to be. No ‘Thud factor’ — big documents for the sake of it — no partners selling in grads, and finally, no selling technology — which, to many people at the time, was what it was all about.

What did you learn from the wine industry?

I learnt a ton about wine, obviously. I also learnt quite a lot about business, retail and selling, although I didn’t really realise that until I started to become a consultant. Every year, I still run half a dozen or so wine tastings — which are probably more for fun than anything else. We’ve run them in Sydney, Amsterdam and London and once, a client in Atlanta flew me out and back again just to run a wine-tasting for his team.

What was your experience in the commerce and tech boom of the 1990s?

There are similarities to then, but the current tech boom is built on stronger foundations than the previous one, which felt like a race to be first. You should generally hire on attitude, but back then the only aspect you could hire on was attitude — you could hardly hire on skills because there were so few people out there who already had the right skills. It felt very different to now. I remember in the late 1990s seeing someone saying that £250,000 of Christmas presents would be sold online that December, and thinking ‘wow!’ Now, that reaction seems embarrassing.

How do you learn most effectively?

My most useful learning experiences have tended to involve concepts or ideas that you can very quickly use in practice. The sooner that you use them, the longer you will remember them for. We’ve done plenty of one-day workshops which have been too theoretical, so now we tend to run a lot of internal meetings in which we try to use short practical examples. People get more value out of those, because they start to use them on an immediate and repeated basis. If you can create a habit and practically apply those lessons regularly, you’re more likely to continue to use them, making the training more valuable.

I always tell our team that they should focus on learning transferable skills, such as problem solving, or managing people. It’s not that you shouldn’t learn those more specific skills, but they will become outdated and superseded at some stage.

What’s been your best learning experience?

For me, learning from other people on the job has been the most valuable experience. Josh, with whom I founded Concise, was an excellent consultant, and just being around him gave me a lot of insight into how he organised processes to attack problems, and how he structured documents and briefs. When you start a new business, the desperate need to pay bills, and bring in new business and network means that you either sink or swim.

Over that process, I’ve learnt an awful lot, and mostly swum. You are constantly learning, in part because you’re constantly getting things wrong. However, you also often have contradictory experiences. As an company, we fundamentally believe that when pitching we should tell you about ourselves and have a conversation, rather than getting our laptops out. Yet, recently a client told me that they were disappointed that I didn’t give them a presentation. That might be the first time I’ve heard anybody say, “I want more Powerpoint.”

What are the most important skills for progression in your industry?

When we hire, what we’re ideally looking for is someone along the lines of a mechanical engineer or a mathematician, because problem solving is an integral aspect of those professions. We’re also looking for a strong analytical approach. One of the first conversations we have with people who join us is about which factors, such as labour costs or the volatility of coffee beans, make up the cost of a cup of coffee at, say, Costa. We’re trying to encourage them to constantly analyse and build on those problem-solving skills.

The final characteristic we’re looking for — which may be the most important — is that they need to have a positive, ‘give-it-a-go’, attitude. That’s important for work itself, but it also matters for finding new business. Consultants tend not to have new business directors within the team, as they’re meant to be pursuing that new business themselves. They need to have an open and collaborative attitude, but also the confidence to go up and introduce themselves to people at events.

I don’t know if it’s necessarily surprising, but I’ve learnt a lot about managing people. It’s vital, from the manager’s perspective, to nurture talent and devolve responsibility. Fundamentally, it’s about trust and finding people with the right attitude, so that you can give them opportunities and trust them to do things. Employees will encounter that naturally on the job, but the key thing that I’ve learnt about leadership is that the more you can devolve responsibility and encourage others to step up, the better.

How will things change in consulting in the future?

Consulting is becoming commoditised. More and more organisations say, ‘We can solve any problem’, and do so by choosing specialists, some from the sector, and some who have done a similar problem before, to create an ad-hoc team. They also potentially have a much cheaper price, because of the market aspect of the process.

Responding to that will be a challenge because it’s a very different model from Concise, because while we have sector experience and skills, much of our work is actually about trust, collaboration and intensity — which those other organisations cannot give.