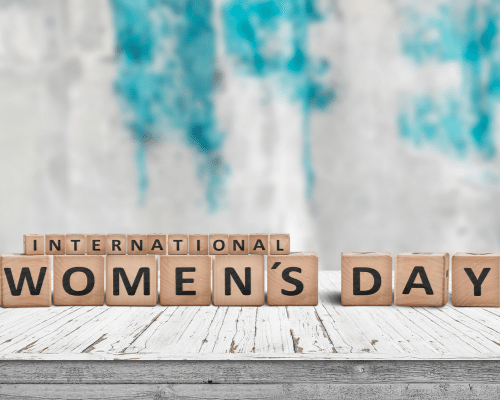 Marked every year on the 8th of March, International Women’s Day celebrates the efforts and progress made by women and girls to achieve gender equality. This year, I wanted to reflect on the role that learning and development plays in equipping women with the tools we need to lead change and exist on our own terms. At the end you can find five books that I recommend for empowering women of the modern world.

My mother grew up in Mallorca. Her mother, my grandmother, had got a job cleaning hotel rooms and houses and later running a press kiosk. With the money she earned, she paid a teacher to come to her home and teach my mother French, and another teacher to come and teach her “Bal de Bot’, a traditional dance from the island.

Even though she had not had the opportunity to have an education —  or maybe because she had been deprived of the choice —  she understood how cultivating her daughter’s curiosity through exposure to different learning and educational experiences would empower her and give her a voice to speak up for herself against gender norms.

My mother went to study Law and became the first woman in our family to hold a university degree.

Learning Empowers Us All

Before continuing, I’d like to say that this is not an argument in defense of university studies being the indicator of success on a woman’s learning journey. I never had any pressure at home to pursue higher education - my mother would have probably been the happiest should I have decided to continue my drama studies, but that’s a story for another time. However, I was always encouraged to keep learning, keep exploring, keep making choices that fed my curiosity and which answered the questions that would help me understand that I, as a woman, matter equally.

Ever since I was a little girl, I have found books to be the greatest tools for encouraging and transforming my journey as a woman. As author Sufiya Ahmed puts it, “A book can make a home for itself in both your heart and mind, and it can provide the direction you need to succeed in life.”

If I had to choose five books to pass on to the next woman to give her the tools to feel safe, empowered, relevant, and valued, I would pick these books for her:

The Soul of a Woman‍

I grew up reading fantasy books from Chilean writer Isabel Allende. I would stay up through the night with a lamp under the bedsheets engrossed in her tales. I  eventually grew into a woman who read the words she wrote to her deceased daughter Paula.

The Soul of a Woman is a reflection of the author’s take on feminism. Told from the intimacy of a spontaneous train of thoughts, it gives the reader a glimpse into the depths of womanhood through Allende’s raw opening of her own life.

Why Women Will Save the Planet

This book was a breath of fresh air when I was writing my post-graduate thesis around sustainability. It’s not the type of book you might read in one sitting, but rather one you dip in and out of.

A thought-provoking collection of 29 essays written by key female voices in the gender justice, social, and sustainability movements.

Why Women Will Save the Planet helped me understand the power we hold in the race against climate change. And how, as main catalysts, there isn’t and won’t be any sustainability without women’s empowerment.

It’s Not About the Burqa‍

The fight for gender equality is not true feminism if it only works for some women. Feminism has to be anti-racist and invite every one of us —  no matter our cultural, geographical, or socio-economic background — to own our own identity and be represented. Without diversity and inclusion in the equation, the narrative just continues to disempower us.

In It’s Not About the Burqa, 17 Muslim women reclaim their voices to tell their story, and rewrite their Muslim female identity. One that has been heavily misstold through the lens of stereotypes and negative connotations.

How to Own the Room

This book came as a little revolution within Learnerbly. Once one requested, many of us followed. We even had a book club recently to share our thoughts and learnings.

If I had to pick one learning from it, it is the dismantling of the idea that as women we have to aim for THE right way to speak in public. How to Own the Room is a beautiful compilation of different leadership styles - from writers, to political leaders - that show us what happens when women find their own voice.

Dear Ijeawele, or A Feminist Manifesto in Fifteen Suggestions

My fifth pick is one of Chimamanda Ngozi Adichie’s — author of Americanah and We Should All Be Feminists — masterpieces. In this beautiful book, written as a letter to a friend who’s just given birth to a daughter, Chimamanda shares fifteen invaluable suggestions on how to educate on feminism.

Here she opens the conversation on important subjects such as gender oppression, the standards of beauty, female misogyny, and the power of diversity, among others, in a conversational tone that makes them particularly touching and easy to understand.