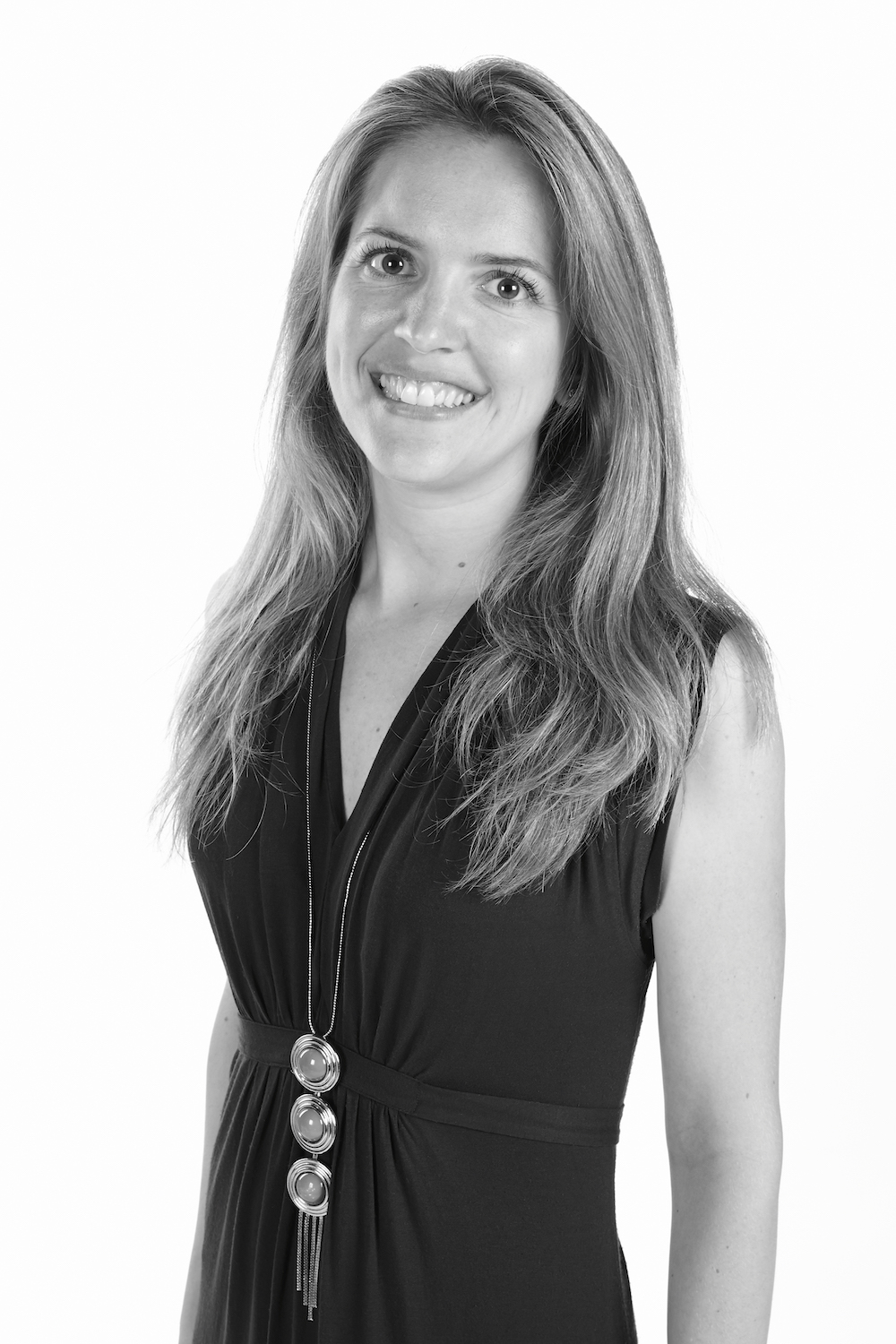 Jennifer Wrigley’s entire career has involved developing people, from teaching English in Japan after university to corporate L&D roles in the tech, sports and fashion industries. Her current role as International L&D Manager at Discovery Networks focuses on designing programmes that empower people to be better leaders, not just managers.

I’ve played the flute since I was nine, and graduated university with a music degree. Music has played a big part in my life and it’s really the only thing that I’ve spent Malcolm Gladwell’s ten thousand hours on. That experience gave me the discipline that comes with focused practice, feedback and being part of a team like an orchestra. After graduating I knew I wanted to live in a different culture and stand on my own two feet so I took the JET programme and taught English in Japan.

I arrived, speaking barely any Japanese, in a village in northern Japan with really hot summers and white-out winters. During those two years I gradually became fluent and moved to Tokyo, where I worked in bilingual recruiting for 18 months.

“I didn’t really enjoy recruiting, but I loved working in a more corporate environment and with different companies, so I realised that I didn’t want to go back and be a teacher.”

I’d applied to Google two months before I left Tokyo for the UK. They contacted me later out of the blue for a recruitment coordinator job but I was a bit too honest in the interview, and admitted that I didn’t love recruitment. They rejected me for that position but offered a different opportunity to support Stephan Thoma, the former global head of Learning and Development, who is still my mentor. That was the start of a great one-year contract before the financial crash and I moved on.

I then worked at an e-learning consultancy, where I enjoyed the variety of clients — financial services, Microsoft, TFL — but not necessarily the way e-learning was done back then. I then went to Pentland, which owns sports and fashion brands. I was there for four and a half years, and ended up leading the global L&D team. Two and half years ago, I moved to Discovery, where my role is focused on leadership and developing talent across our international business

What do you think makes a great modern business leader?

I don’t think there’s a cookie cutter answer to this but there are several key elements. Firstly, you need to be clear about your mission and values, make decisions aligned to them and truly involve your employees in the process. I’ve certainly worked in businesses which don’t, yet think they do, and the result is disenfranchised and directionless employees. Secondly, you need to maintain daily business momentum whilst continually evolving your longer-term strategy as the world is changing so rapidly. For Discovery, one example is the way we watch content now in that it’s moving from pure TV to multi-device destinations so we need to evolve without killing our core business.

“As a leader you don’t always have to have the answers, but you need to have the skill to interrogate the big issues, live with some ambiguity, and keep asking questions to clarify concepts and move things forward.”

Thirdly, you need to truly connect and engage with your people. Leadership has evolved from being “command and control” to being more networked, devolved and collaborative. People have more access to their leaders than ever before so it’s critical to be able to engage with all different types of people, in a way that gets the best from them.

“A leader needs to walk a fine line between being humble, open and vulnerable, and yet be willing to take risks, challenge people and say no.”

What’s the difference between a leader and a manager?

That doesn’t mean that having manager in your job title means you aren’t a leader— there’s not a clear delineation. I think that you go up and down that scale depending on events — sometimes what’s needed right now is managing tasks and deadlines, but sometimes it’s about re-energising people with context and purpose.

How are you developing leaders at Discovery?

We recently established a Directors’ Network across Discovery. Director is our terminology for middle-level leadership, and there are about 350 people across the company. I spoke to over sixty of them to find out what their role involved, their challenges, and what had worked for their personal development in the past.

Apart from key skills and behaviours they wanted to develop, the main theme was that they wanted to be more connected to their peer group and so the Directors Network was born. There was talk about just doing it for top talent, but I felt it should be self-selective, so it’s open to all Directors to join. Because they were involved in creating it, they care much more about being a part of it rather than it being a corporate initiative shoved upon them.

“We’re using Facebook’s new service, Workplace, and since September we’ve run networking seminars in London, Copenhagen, Miami, and virtually from London, Milan and the French Open. So far, half of our Directors across the globe have signed up.”

What can you do to make a learning and development environment more collaborative?

You have to quickly create an environment where people feel safe to be honest. That’s easy if you’re in the room and have a good facilitator who can set the tone. It’s more difficult online.

It’s difficult to get people to contribute without feeling like it’s a competition and you also have to avoid people feeling embarrassed if no one clicks ‘like’ on an article they’ve shared. I don’t yet know the answer. Generally, I’ve found that smaller groups focused on topics they care about works well. If they think there’s going to be fifty people, that can turn off some people and make them less likely to engage.

“If people feel they’ve co-created something, and they have made choices, they’re more likely to engage. Getting senior people to sponsor an event also helps.”

What are your thoughts about giving and receiving feedback?

I’ve never worked in a business that is great at giving feedback. For example, the media industry is very heavily based on relationships which can make people wary of giving feedback because they don’t want to burn their bridges. It’s something we’re very much working to tackle, the first step being to get rid of performance ratings with the aim of focusing more on regular meaningful conversations.

This allows you to clarify your expectations, ask about concerns and listen to other people’s challenges. You need to ask questions as part of that process — just telling them to do different things isn’t inspiring and isn’t going to work.

“The key to changing the culture around giving feedback involves rewarding people in the right way for giving it, leaders asking for feedback regularly and then making sure they respond openly to that feedback.”

In terms of managing and understanding teams, I love Patrick Lencioni’s Five Dysfunctions of a Team. I also enjoyed 5 Conversations, as the first few chapters are on neuroscience, which makes the rest of book feel really tangible. I like the way that Peter Bregman talks about strategy and leadership in 18 Minutes. David Rock’s Scarf model — here’s a good summary — is also about neuroscience, and had a brilliant insight about social exclusion.

“If you’re socially excluded, your brain lights up in the same area and way as if someone had caused us physical injury.”

I’m a fan of James Clear’s Blog — he’s a photographer and a weightlifter, which is an unusual combination. I don’t always get chance to listen to Tim Ferriss, but he’s enjoyable too. My favourite TED talk is by Shawn Achor — The happy secret to better work. I’m currently taking an evening course on psychotherapy and counselling, so I’ve recently read some Freud classic texts and also Carl Rogers’ On Becoming a Person. I’ve enjoyed working with Impact International, who are leadership trainers — their style of teaching isn’t about sitting in a classroom.

One of my favourite books is Eric Berne’s Games People Play, which is all about transactional analysis and relationships. The more you look at interactions, the more you realise how people draw you into games, such as the ‘yes, but’ game. An example of this is when someone goes to their manager one day and complains about a co-worker and their manager replies, ‘Why don’t you try doing this?’. ‘Yeah, but that won’t work’. ‘How about this?’. Yes, but…’.

“The person doesn’t actually want to solve the problem — they want to validate that their problem is unsolvable. The manager is playing along as much as the employee by validating the ‘yes, but’ game.”