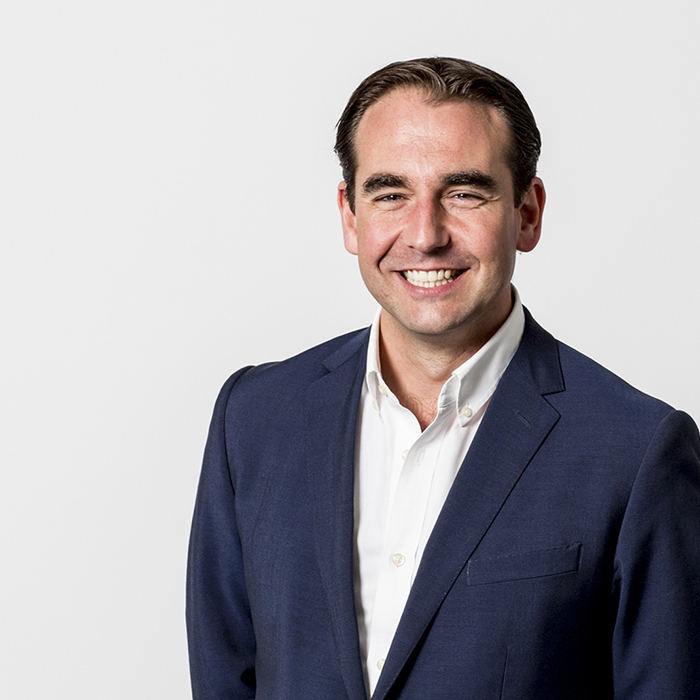 Oli Barrett is driven by a passion for bringing people together. His charitable and commercial ventures — including Tenner and StartUp Britain — are a testament to his enthusiasm for trying new things and his desire to make a difference, an approach which has already led to an MBE.

He’s been described as ‘the most connected man in Britain by Wired, and tells us that creating relationships is the way that we can solve the biggest problems in the world.

I once worked at the holiday resort Butlins as a Redcoat, which involves being an entertainer and making conversation with the guests — you really have to throw yourself into the mix. That experience made me realise that I loved bringing people together! I carried this further during my degree at Leeds University. I made radio shows and produced a musical, which entailed bringing a team together, raising money and putting on a show — it was essentially entrepreneurship. I loved the thrill of starting things, so instead of graduating, I started my first business with a fellow student.

I wanted to make a difference with my work, so just over ten years ago I began combining entrepreneurship with charitable work. I specifically wanted to give younger people a real challenge so that they could test their entrepreneurial skills. This inspired me to found Tenner, a project which gives secondary school students ten pounds to develop a business idea over a month. That led to two years on The Council on Social Action. That experience demonstrated the importance of cross-sector relationships, and also inspired me to co-found social innovation agency Cospa.

“I strongly believe that bringing different people together is the way that you can solve the biggest problems in the world — it’s become my passion.”

What does Cospa do? How can social good complement commercial gain?

Cospa works with big brands and businesses to put together social actions projects and plans so that they can make a difference. We have worked closely with DIY chain Wickes, launching a community-based scheme encouraging people to repair their youth clubs.

Social good and commercial gain can go hand in hand, and there are huge opportunities opening up for these projects in the UK and globally. Businesses should be measuring and improving their social impact along with their commercial returns. It’s good for business, for staff morale, and for brand loyalty. If we were more mindful that the two are complementary, both businesses and social causes would do better.

Is there anyone in your network who you find inspiring?

I’m a fan of businesses that broker unusual connections, so I enjoy spending time with Gi Fernando, who founded Freeformers, which pairs young people with much larger companies for digital transformation projects. I’m also inspired by Dame Julia Cleverdon — she’s worked with a range of organisations, is a tireless campaigner and is always upbeat and optimistic.

“I’ve noticed how willing successful people are to share what they’ve learnt. There can be a perception that they’re behind closed doors, but they’re much more accessible than people think.”

What’s the key to building a strong network and relationships?

95% of networking is about who you already know. Networking is not just about meeting new people — to master it, you have to become good at keeping in touch. The most important thing is to get out from behind your desk and meet people face to face. Twitter and Facebook can only give you an idea of what a person is like. If you want to help others, or latch onto the most exciting aspects about their ideas, you have to meet them face-to-face.

The essential factor in maintaining an effective network is thoughtfulness. Try to be mindful and aware of who’s in your network and what they might find helpful at any given time, because those good deeds will come back to you. Someone might see an opportunity and think of you, or when you want to make something happen, you’ll find a huge group of people willing to help you.

What are your top specific tips for building a network?

In large organisations, people often say that they’re surprised by how infrequently people approach them for advice. If senior management tell you that their ‘door is always open,’ it can pay to take them up on that from time to time.

My favourite way of creating or maintaining networks is by hosting an informal event. It doesn’t have to cost a lot of money or be glamorous — it could simply be meeting up after work.

“It’s comforting to surround oneself with people who think similarly, but diversity is important.”

My network has increased in value as I’ve encouraged people to bring guests to events or listened to people who are very different to me. I’m always thinking about how to broaden my horizons, so I look for people across sectors, types of company or jobs. I personally find that following people on Twitter that I know are unlike me is a way to learn about new ideas.

The single book I’d recommend is the extraordinary How to Win Friends and Influence People by Dale Carnegie. It was written in 1936, but even after all this time, it’s still a valuable collection of ideas. The Tipping Point was an immensely influential book in my life, as it introduced me to the idea of a ‘connector’. It is a powerful and fascinating exploration of how just one person can make a big difference.

I enjoyed chairing The Times Talent Summit, particularly because the people who attended were so interesting. I met everybody, from Nick Jones, who founded Soho House, to Stephen Moir, the Chief People Officer of the NHS. They have phenomenally interesting jobs, so the chance to quiz them and hear from them first hand was fascinating. Purely in terms of meeting a calibre of interesting characters, I’d recommend Founders Forum, which brings together entrepreneurs from around the world and is all about innovation.

You’re widely regarded as an excellent public speaker. What are the best ways to improve at it?

The obvious tip is to practise. One way to do that — without sounding terribly precocious — is to volunteer to say a few words or introduce somebody. That could be at somebody’s 21st birthday or at company drinks. Little by little it’ll become a more natural thing. Public speaking is just about being yourself in front of a room full of people — if you’re lively and engaging in person, then that’s how you should be in front of a room full of people as well.

I still find it intimidating if somebody is sitting at the back with a grumpy face, so I try to meet in advance, which I find extremely reassuring because they’re usually very nice people whom you just have to go up and make conversation with. I’d tend not to give a speech without asking to see a copy of the guest list — sometimes several times! You’re able to get a good idea of who you’re speaking to, and it’s also reassuring — if you don’t know who’s there, you’ll become stressed.

I strongly recommend that people aren’t too reliant on notes. It’s worth having a framework, but the flexibility from not having a script is incredibly liberating and means that you can make your content as fresh as possible, increasing the odds that it will hit the right mark, in the room, on the day.