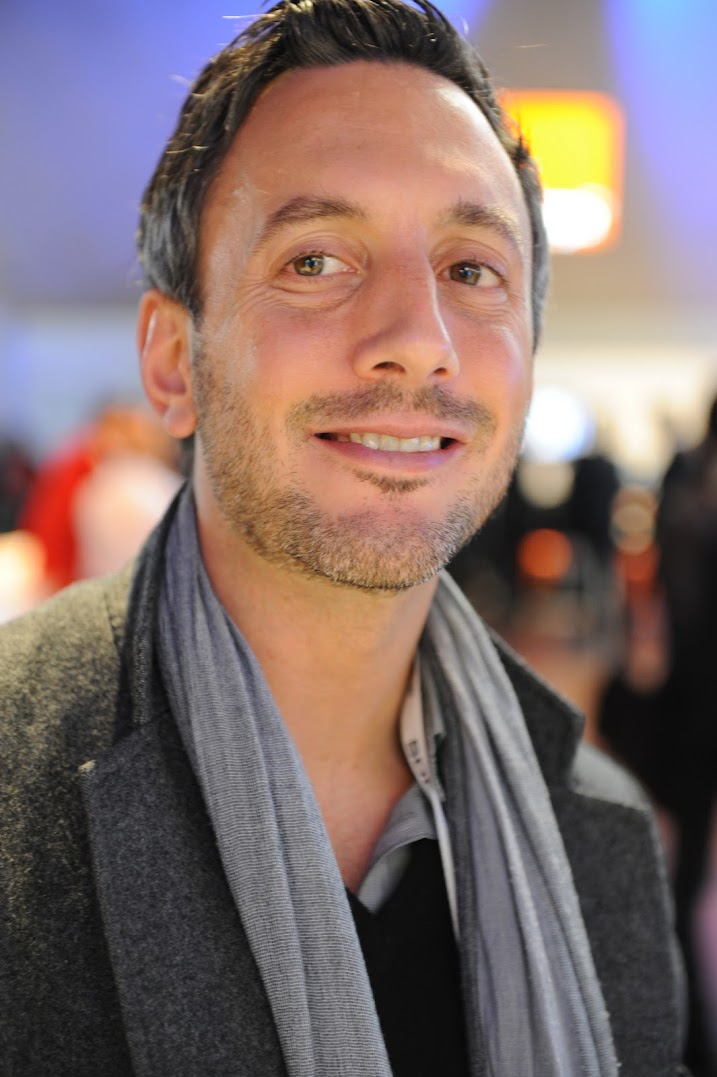 Nicholas Heller on the Psychology of Purpose

Among the winners since the 2007 financial crisis, few have been as nimble as the young cadre of FinTech digital disruptors. Redefining what finance means in the twenty-first century, this dynamic group, the likes of which include Funding Circle and TransferWise, have set about restoring the public’s faith in finance.

One of the leading lights of this movement is Nicholas Heller, the Co-Founder and CEO of Fractal, a data analytics company on a mission to make the world’s first automated financial assistant. We sat down with Nicholas to discuss his entrepreneurial journey so far, the role of purpose and doing good in modern business, and his top tips for avoiding burnout.

How did you make your start?

I started up a non-profit business when I was still in high-school, however, it was on a fairly small scale and I didn’t push on with it straight away. While I’ve always had the entrepreneurial urge, I’ve by no means been an entrepreneur from day one. In actual fact my career has been resolutely nonlinear in that I studied psychology at university and began my professional life on the trading floor of RBC, Canada’s biggest bank.

After four years of banking, however, I wanted to strike out on my own and move into technology. Aside from seeing a gap in the market, I didn’t feel that I was particularly well-adjusted to banking, so I started a business in 2001 called Degrees of Separation (DOS).

“For any rational person this was not a good time to start a tech company. It was straight after the dotcom bubble. But I’ve always believed strongly in following your passion in life, and my passion then was to immerse myself in technology.”

Because the bubble had burst there were suddenly lots of smart engineers and product developers out of work. On the flip side, you had bloated Fortune 500 companies who had amassed hundreds of in-house developers because they rightly saw tech as the future of their businesses, yet they didn’t know what to do with them once they were through the door.

Outsourcing was evidently going to be important, so I pitched DOS as a tech consultancy to link blue chip partners to specialist software firms. In the process, we launched many product, including, notably a “e-commerce in a box”software. Despite probably being about ten years too early for such a solution, it was lots of fun and we built a business that delivered a good product and made a profit.

Can you tell us about your time at Google? What were the highlights?

My time as the Head of New Business Development in Zurich was a great experience. Outside of California, Zurich is Google’s largest engineering office, so it was the closest you could be internationally as a non-engineer to the technical heart of the business. It was here that I meet the engineers who subsequently became my co-founders at Fractal.

Moving from Google to your own ventures, what skills have helped you succeed?

You need an unimaginably broad skillset to thrive as an entrepreneur, and I can’t think of many people who possess all these skills themselves. As a consequence, it’s super important to have a great team that compliments your strengths. I’ve always enjoyed working with a diverse set of people, which is something my psychology degree gave me a good grounding in. That’s not to say I didn’t have mixed feelings when I was looking for work after I finished my degree, but on reflection it was the best subject I could have studied.

Almost every aspect of life and business involves interacting with others, so if you don’t know how to get along with other people then you’re going to have a really hard time getting by. Knowing about human motivation and social psychology has helped me enormously, whether in a big corporate banking structure or out on my own, recruiting employees, partners or customers.

I’ve had the pleasure of working with some really amazing people. One person that immediately comes to mind is Megan Smith, who I had the privilege to work for at Google. She’s an entrepreneur at heart. She went on to help build Google X and is now the Chief Technology Officer of the United States of America in President Obama’s administration. Working for her was absolutely inspiring. She would give you a lot of freedom but would mentor you along the way and in turn, get the best out of you.

What I admire most about her, however, is her commitment to mission driven work. I’m drawn to people who are passionate about pushing society forwards and doing something good for humanity.

Julie Hanna, the Chairman of Kiva, a microlending business focused on lending to individuals in developing markets, is another mission driven individual that inspires me. Again, she’s very mission driven, very passionate and  very authentic. These traits are important for me. I draw inspiration from people who work on projects with the possibility of creating positive  impact on the world.

Let’s pause on that idea of being mission driven. Can you talk about the role of purpose in business?

Purpose is everything. We realize that most business people don’t have the technology and financial skills to do what we do at Fractal, so our goal is to democratise access to sophisticated financial analysis. When it comes down to it we’ll only be successful if our customers are successful.

“What I found troubling about banking was that despite being so close to the foundation of capitalist system, the industry wasn’t building anything tangible.”

The whole culture and purpose of the industry was about as far removed from delivering economic good as you could get; it certainly wasn’t about creating products or experiences for customers that would help them live better lives.

The concept of purpose isn’t an industry-specific idea. From the start of my career journey I’ve been interested in helping others. One example I’m quite proud of was aligning myself with Silicon Valley Comes to the UK  (SVC2UK). It is an initiative started by a fellow Canadian, Sherry Coutu, who I got to know through my affiliation with Cambridge and Google, Reid Hoffman, the founder of LinkedIn, and Ellen Levy, a silicon valley veteran. SVC2UK brings all the different building blocks of the entrepreneurial ecosystem together. It’s a great example of doing good by pushing the whole industry forward.

So, for you, purpose is weaved into everything Fractal does?

Absolutely. As the founder of a company it’s your job to get the culture and internal purpose right. If you don’t, you’re going to struggle to attract the people you need in order to grow. Talented people have a lot of options when it comes to earning a living, but finding work that they’re genuinely interested in and believe in is much harder. There’s a psychology study that suggests that people derive the most pleasure from helping others, so making sure your organization is a place that strives to deliver happiness and pleasure for others is key to its success.

We recently had an intern work for us. He was a master’s student at ETH Zurich studying computer science. When he first came in he was bright-eyed and bushy-tailed and didn’t really know what he was doing. Towards the end of his internship he admitted he was scared when he first started. However, when he left to go back to school, we did an exit interview where he talked about his time with us.

“He said that prior to his internship he didn’t know what it meant to own and operate a business but that his time with us had changed that. Not only did he now know what starting a business meant, but he actually wanted to be an entrepreneur himself because he thought it was how he could really make a difference.”

That, for me, was the highest compliment he could pay us. We had opened up a new world to him which was a little bit of a black and made it meaningful.

As a financial technology business we have experts in specific fields like engineering, design and data visualization, however not everyone is necessarily financially literate. One thing we do to overcome this is to get every new hire to read and sign Finance Basics, a Harvard Business Review book. We hope to put it on the wall when we run out of space for signatures!

We also run an internal series of Tech Talks every two weeks where someone on the tech team presents a topic of interest to the rest of the team. Through these talks the non-technical team have learnt about subjects such as backend engineering, building and delivering a scalable system, and the frontiers of technical innovation. Because our Tech Talks have been so successful with these talks, we implemented Fin Talks, where we have an in-depth discussion about finance, often involving analyzing a public company report. Initially, I ran these, but we’re now sharing the load, and getting people with no previous financial background to run them as well.

And what would you include on your learning playlist?

I tend to get the industry information I need by following investors and tech industry. An investor called Tom Tungez who I used to work with at Google, has a great blog that examines how to operate SaaS businesses. For broader industry news I tend to read a lot of different industry and news media publications. Otherwise, my role as a mentor at accelerators such as Level39, keeps me up to date with what’s happening on the entrepreneurial side of FinTech, and exposes me to what the big banks are thinking over in Canary Wharf.

A deep desire to do good underpins Nicholas Heller’s approach to business. Together with his team at Fractal, Nicholas is empowering businesses with an automated financial assistant, a tool they hope will further FinTech’s digital disruption of traditional finance.