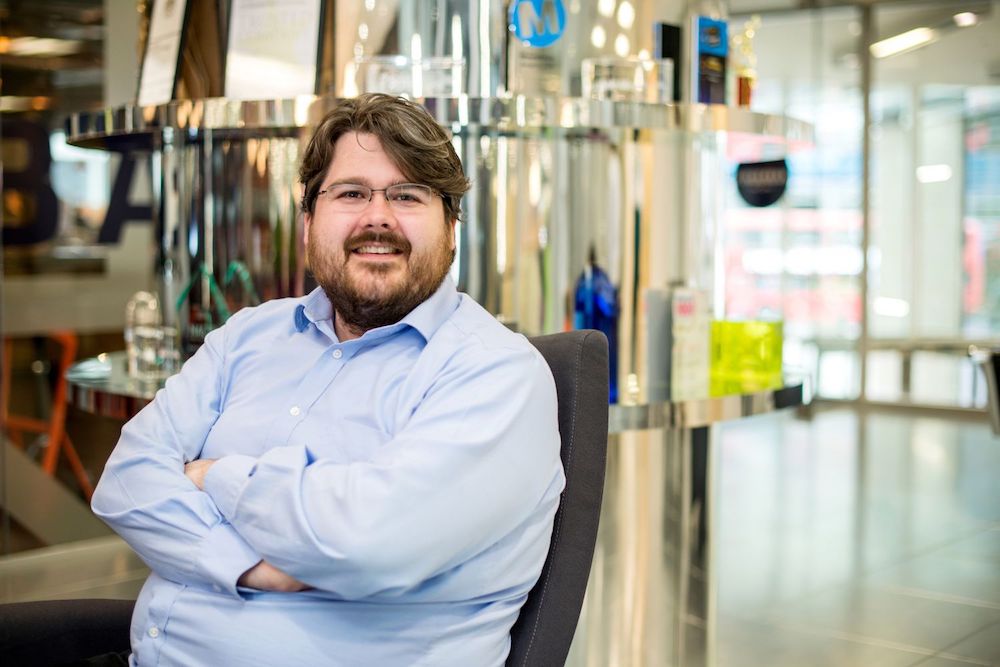 Seizing an Opportunity with Andrew Mullinger

Value. It’s what makes or breaks the financial services industry. For Andrew Mullinger, however, the noun has a deeper meaning, one that can’t be so easily conflated with money and markets.

And he would know. As one of Funding Circle’s three founding members, Mullinger has been a key figure in London’s FinTech scene over the last six years, helping spearhead a challenge to traditional lending platforms in the wake of the 2007 financial crisis.

We recently chatted with Andrew about his career journey so far, his key learnings, and his thoughts on FinTech more broadly.

Can you tell us about Funding Circle?

I established Funding Circle with two friends of mine in 2010. We first started thinking about it in 2008, we quit our jobs in 2009, and we officially launched in 2010. It was a really rapid process from brainstorming to going live. But what is it?

Funding Circle is a marketplace where businesses borrow money from investors directly, rather than through a bank. Investors were initially individuals but now they encompass hedge funds, insurance funds, and local and national government.

We’ve grown it from nothing to originating somewhere between $1.75 and $2 billion dollars for businesses across five countries: the UK, the US, Germany, Spain, and the Netherlands.

What skills have helped you on your career journey?

Since I was little I’ve always wanted to own my own business. For some reason, I’ve always been wired that way. But I clearly developed certain key skillsets when I was at the likes of Citigroup and Barclays, most notably my understanding of how financial markets operate.

Yet it’s not all been about hard, quantitative skills. I’ve learnt a lot from observing different leaders and managers run teams, sometimes for the better, often for the worse.

“My big learning has been that shouting cultures don’t work. It’s as simple as that: if you shout, you’ll scare people off. People won’t bring you bad news if they’re scared of you!”

Aside from that, I’ve learnt most of what I know from working at Funding Circle. It’s a continuous, iterative process.

Learning is obviously important to you. Can you tell us about your involvement in School 21?

My main drive to get involved with School 21 stems from the fact that I don’t feel education has progressed as much as it could have over the last twenty years. It’s remained rather static.

About a year ago I decided to get in touch with their founders to see what I could do. But I want to stress that it wasn’t just a case of getting involved in education for the sake of it.

School 21’s attitude and ethos around learning really resonates with me. And I’m always happy to align myself with an organisation that I feel is doing something beneficial for the community and really delivering on their core values.

What about the values at Funding Circle? Can you tell us a little about your guiding principles?

For sure. We’ve always felt that it’s not strictly about how you articulate your values: it’s about how you live them. That’s why we’ve been very deliberate about what we stand for, and we made sure to pull together ideas from the whole team. It was a collective effort.

One of our key values is “stand together,” an interpretation on team work. Stand together, we believe, embodies a deeper sense of loyalty than a purely functional idea of teamwork.

“Be open” is another value that underpins Funding Circle’s culture. People talk a lot about transparency, but, for us, openness moves beyond being transparent; it’s about making sure that our default position is one that encourages sharing and collaboration.”

This is the key to building genuine trust, and I think it’s a value that strikes a chord with our customers. They want and expect modern firms to be open, simple as that.

How does Funding Circle approach learning and development?

We have traditionally taken an informal approach to learning and development, so the majority of learning has come through people doing actual work.

We’re now looking to add some structure in. This is a primarily a reflection of where we are as a company: we’re much larger now than we were a few years ago.

Our main challenge going forwards will be ensuring that our employees still have the opportunity to learn informally. We take pride in the fact that we’re entrepreneurial and that our employees learn new skills through executing real-life business decisions, so it’s important that we figure out a way to add in structure without compromising on our commitment to letting our employees drive their own learning.

What courses or events would you recommend to people wanting to learn more about FinTech?

There are loads. In terms of industry events, there’s a great one run by Experian. Another event that I’ve found particularly valuable has been the Credit Summit. It’s focused and put on in just the right way for me: I‘ve always got a lot out of it. LendIt is also great.

Have you had any coaching?

I’m very self-aware so I’ve often found it difficult to extract value from coaching sessions, but I took a lot out of a one-to-one session that I did with Jeff Lugar. The crux of our chat was about the difference between being good or bad at something and signalling its importance.

If you’re not good at something people will naturally think that you don’t value it, so you have to counterbalance that by clearly communicating your commitment to working on it. I found this to be a very useful insight.

And what advice would you give to people looking to enter the industry?

Remember to always focus on your customers. You’ll be rewarded if you do that. I’m a big believer in hunkering down to find ways to create real value. The people who adopt this attitude, in my opinion, are the ones who are generally successful.

I should probably make one more point. If you’re transitioning into FinTech from financial services then it’s important to understand that you’re unlikely to get paid as well, at least in the short term. But while the immediate pay-out won’t be as high, you’ll have a more fulfilling experience and if you choose wisely with equity you’ll be just as well rewarded in the long-run.

Who inspires you in the industry?

First and foremost, my business partners and the people I work with. I’ve learnt the most from them, and it’s been an incredible journey. Our first investor, Alan Morgan, is someone I aspire to be like. He represents the sort of person I want to be in business, and I find his attitude and approach a constant source of inspiration. He ran McKinsey’s financial services team in Europe for twenty years. Ed Ray is another individual that I admire.

And I can’t forget my Dad! His sense of loyalty and commitment to being open has been a great guide for me.

Problem-solving has always been part of my nature, so I’ve always enjoyed piecing together different insights, data-sets and arguments. I’m always on the lookout for new snippets that I can link to an idea that I’ve been thinking about.

In terms of what I would include on my learning playlist, I’d opt for blogs and articles. Sometimes I feel as though books are too orchestrated in the sense that they have a pre-packaged argument to deliver. It all feels too constructed. I tend to prefer aggregating snippets from articles and blogs because it allows me to explore the questions that interest me most.

One book I really want to read is Nelson Mandela’s biography. Can I include that on my learning playlist, even though I haven’t read it just yet?

Andrew Mullinger’s journey underscores the importance of seizing an opportunity when it presents itself. Seeing that conventional forms of lending were ripe for disruption, Mullinger wasted no time in figuring out ways to create a platform that would add genuine value to its users. Future FinTech folk would do well to follow Andrew’s lead.