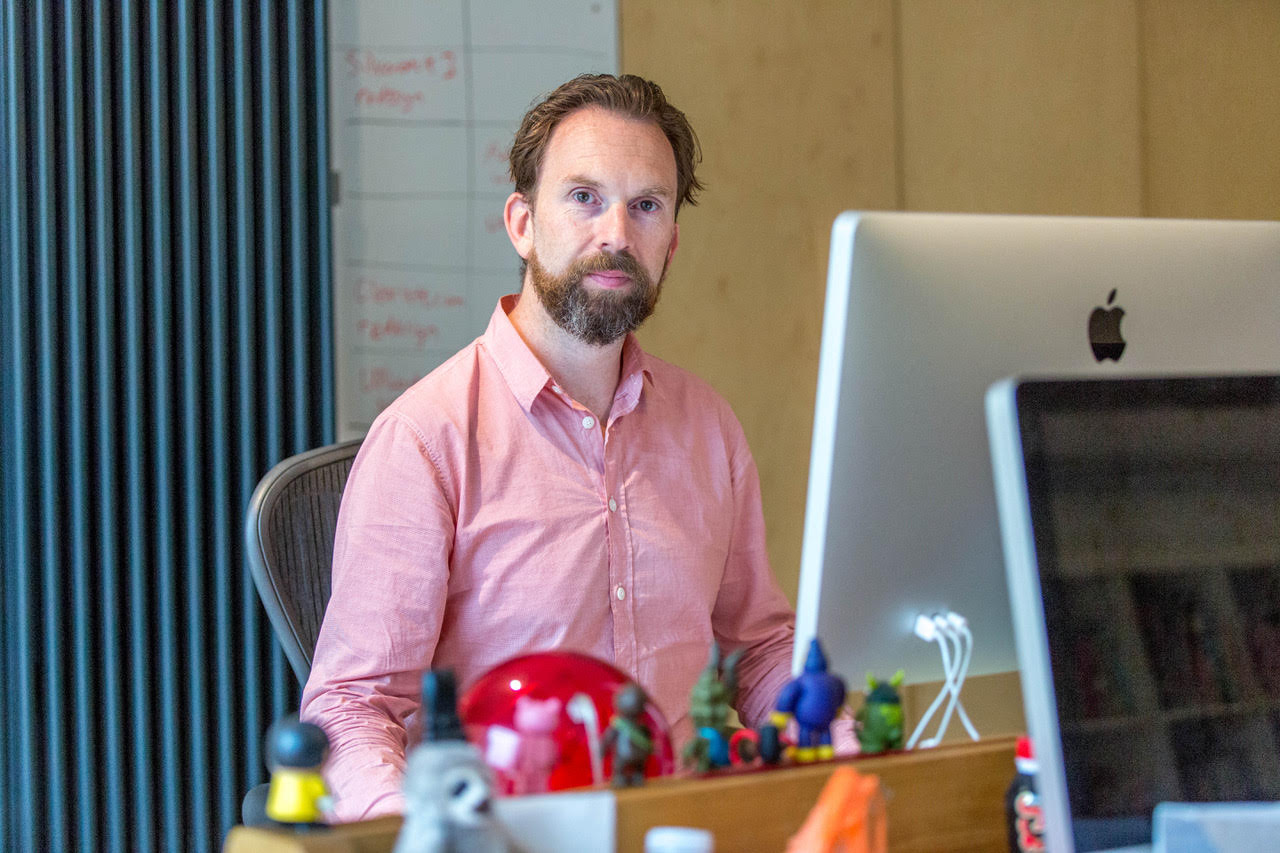 Do you remember a time before blogs? It’s hard to remember what that world was like. Andy Budd, one of the founding partners at Clearleft, has been blogging about design and technology since 2003, which amounts to a lifetime of experience in the dog years of the internet.

Among his many projects and achievements, he’s one of the first pioneers of web standards through his blog and best-seller CSS Mastery: Web Standards Solutions, organises UX London each year, and regularly speaks at international conferences.

Our conversation with Andy was so comprehensive that we felt it was best to split it up. In this part, Andy lays out his career journey, and the past and present of the design industry. In the next, Andy discusses the future of design — and work — generally.

What inspired you to become a designer?

Becoming a designer wasn’t a deliberate choice from the beginning. The idea of design being a specific career wasn’t such a widespread possibility then. But technology has always been an interest for me.

As a kid, we had a ZX Spectrum computer at home. Magazines would regularly publish the code for games, which you’d then type in by hand, but I never really considered you could make a living doing it.

After a degree in engineering, I went travelling, which is when the Internet came into the picture for me. Having conversations with those involved in early web design soon made it clear to me that building things for the Internet wasn’t just a hobby. Even in those days, meeting someone running a travel blog (before that was a word) coding their own website and communicating back home was enough to get me hooked.

What led to founding ClearLeft? And what’s happened since then?

In 2005, I was invited to speak at South by Southwest. Some of my thoughts about … well, everything from web standards, HTML and CSS, and early ideas about UX were starting to gain traction. I decided to leave the web design company I’d been working at, and I set up Clearleft with a couple of friends in Brighton, Jeremy and Richard. That way, we could launch the company at the conference!

Today, lots of people try to grow rapidly, but this needs funding. Instead, we wanted to build our business slowly, working out of our bedrooms for the first six months. Jump forward thirteen years and now there’s thirty people in our dream office in Brighton.

Our priority from day one was simply to do good work. Too many agencies weren’t providing the quality that people deserved. Many of them were visually-focused, and felt you could solve every problem through Photoshop. At the time, web design had become a bit rock-and-roll. We hated that attitude: “You listen to us because we're the designers, and that's why you're paying us the big bucks”. The client deserves more attention than that.

Design is about more than just making something look nice. It’s about making the business more successful. UX is an attractive process because it can deliver clients higher quality work. The problem is that doing it this way cost two or three times as much as our competitors back then.

That made the first few years a challenge — we had to explain why design wasn’t just an artistic pursuit, but also a business and scientific pursuit. But that’s how everyone does it now.

Was the immaturity of early design due to people seeing a website as more of a billboard?

Absolutely. That attitude is understandable because ten or fifteen years ago, websites were marketing tools. The website was owned by the marketing department and came out of their budget.

At that time, those company's websites contributed maybe 2-5% of their revenue. Today many of our traditional brick-and-mortar clients are making 30-50% of their revenue online. And suddenly, all this stuff becomes serious. It can’t just be about pretty pictures.

How do you beat the competition? How can you help companies’ margins get better through efficiency, through delivery, and through creating better experiences for our customers? It's just design.

Today, we’re not battling against the people who don’t understand user-centred design and its values. We’re battling against poor quality delivery. It’s easy to say, ‘we can do this’, but much harder to actually deliver the value.

Have you heard of ‘cargo-culting’? It’s where you mimic behaviours and trends without truly understanding how or why they work. There’s a lot of that going in in this industry. What you get are pretty deliverables or design systems that have no actual substance.

It’s easy to tick this box. But the deliverable is only a manifestation of a thinking process. Unless that’s shared, that thinking is often wasted.

Do you think this is the best time to be a designer?

Yes, it’s an interesting time! The running joke is that design has a seat at the table — but it's a high chair. Business is happy with us sitting in the high chair playing with our crayons, but struggle when we want to be part of the grown-up discussions.

There’s still a long way to go — the impact of design is still yet to be realised. Clearleft's whole purpose is to help realise that impact. A lot of the work we do now is helping senior digital people inside organisations unlock the power and potential of design. It's about helping that design leader be heard at the table, and be able to speak to their peers, whether they’re in marketing, technology or finance.

Design is in its difficult teenage years. When I started, everyone involved in design was a little bit like toddlers. Everything was fun and exciting. There wasn’t much stress or pressure. But now that design has matured, we have to deliver — study for our exams, get good results and make our clients happy.

Like teenagers, designers have become very opinionated. We think we know everything, like you do when you're fifteen. That’s understandable. But it means that we’re starting to test the patience of business. We're often asking understandable but immature, un-savvy questions.

People, process, or stakeholders? What's the most important to get right in creating a product?

There’s no clear-cut answer, because ultimately you want a little bit of everything. And it also depends on the situation. In a smaller company, the most important factor is people. Process can make a poor team perform better, or make an amazing team perform slightly worse. But if you have that amazing team, they’ll be resilient and work their way around it.

Problems occur in companies when people are promoted beyond their level of competence. In a large team, it’s possible for brilliant people to be blocked by the organisation. Great teams can deliver great work regardless of process. But that doesn’t mean they can work with bad stakeholders — in a hostile environment without the support of their manager.

Why are Facebook, Google, Twitter and Spotify able to deliver so often? Because they have all three things in harmony. They’ve hired some of the best people in the world and pay them well. They’re giving them space to do their work and have processes to support delivery. They don’t overwhelm or crush people’s motivation.

You need to have executive leadership that cares before any of those things can be true. Leadership is the oxygen — it needs to be there to allow the spark to ignite.

On the surface, it seems the opposite would be true — that if you've got great people you can push through any problems with leadership.

If ‘great people’ includes those leaders, then yes. Unfortunately, they’re the gatekeepers. No matter how good you are, if you somebody says ‘I don’t want that’, or ‘you can’t do that’, it’s really difficult to respond.

More than likely, you'll end up getting fired. You’ll do work, perhaps for the right reasons. But without approval or support, there’s not much you can really achieve. You need to have the executive mandate to produce great products.