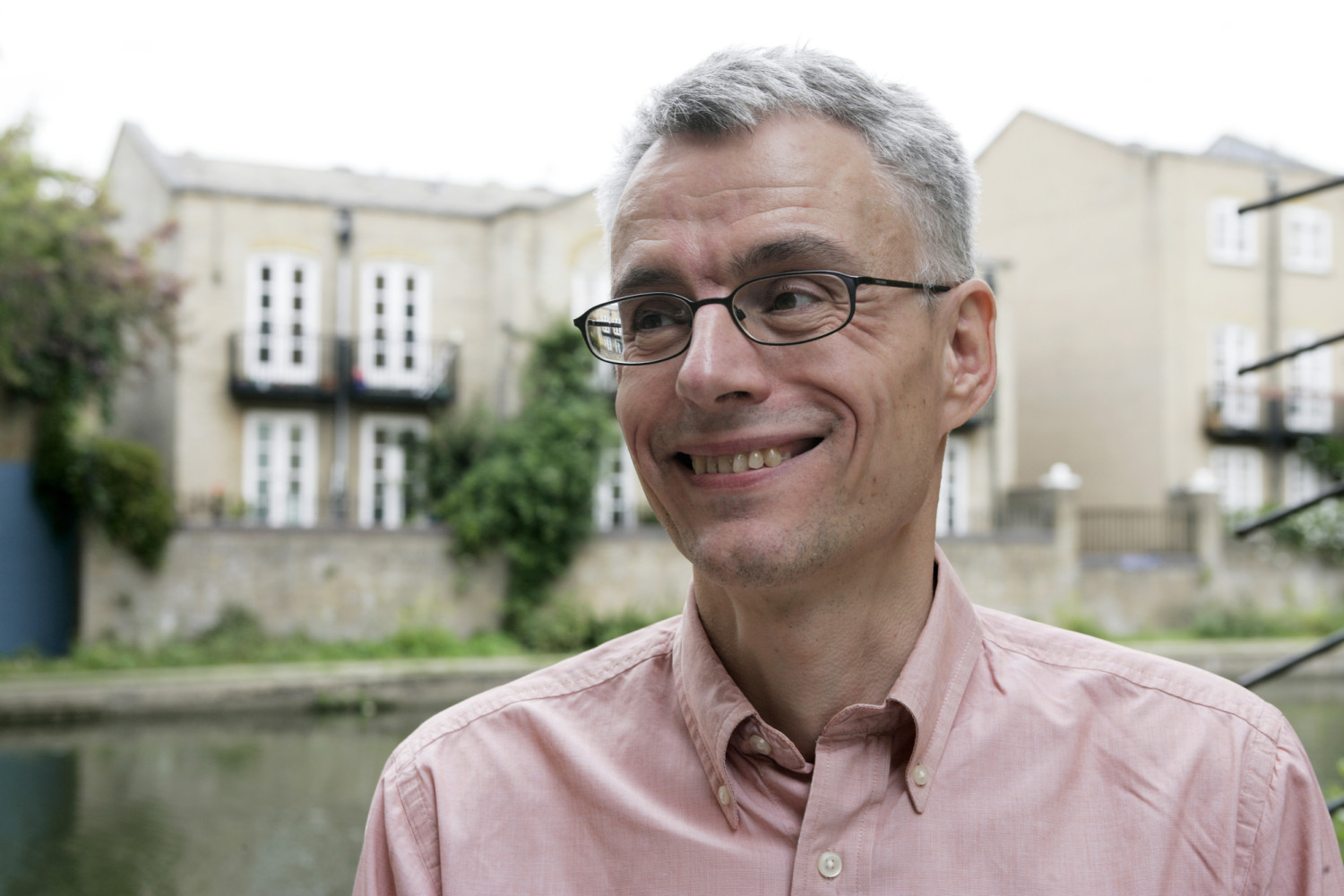 Where Teaching Meets Business: A Conversation with Robert Jones

Robert Jones, the Head of New Thinking at Wolff Olins, the prestigious brand consultancy on a mission to help organisations “shake off their corporate camouflage and take their place in the world,” is no stranger to the world of ideas. Combining a love of language with a highly polished business acumen, Robert has set himself apart as a brand strategist with the capacity to move between client work and facilitative teaching.

We sat down with Robert, the author of The Big Idea and the forthcoming Branding: A Very Short Introduction, to discuss how organisations can weave teaching into the workplace and his views on embracing a quiet, introverted leadership style, where questions rather than answers are the key to new thinking and new ideas.

Can you tell us about your teaching experience?

Teaching has always been hugely rewarding for me, and I’ve never really stopped. It’s always felt very natural. In my previous job, for instance, I did plenty of informal teaching via workshops, and I don’t think there’s a world of difference between teaching and running workshops.

And what did you take from your academic training?

I did Philosophy and English at University, so I developed quite a broad skillset. What I got from Philosophy was a training in logic and an overview of Intellectual History. This has been a great basis for anything involving advanced problem-solving.

It’s worth mentioning that Philosophy at Cambridge is notoriously difficult. It teaches you to be very hard on yourself intellectually.

“From English I developed the ability to look at things as texts. Working out what’s going on in a text and critically and dispassionately analysing it crosses over well to branding where you’re always doing close readings of signs and symbols.”

I actually met up last night with a semiotician for a market research company, who also studied Philosophy at Cambridge as well, and we were talking about the way that a philosophical wiring in the brain can help help you succeed in branding. Interestingly, he treats cultural artifacts as texts and brings to bear on them a literary-critical perspective.

What’s your approach to teaching at UEA and Wolff Olins?

My students often find my approach very irritating. There’s a running joke where I respond to a student’s question with the reply, “What do you think? They look back at me blankly and I say it was a joke. None of them tend to laugh!

The reason I do that is simply that if they ask a question and I give them the answer then their take back from that is, “Robert is the expert on branding.”

If I don’t give them the answer and encourage them to think about it from their point of view, then their take out will be completely different. All of a sudden their take-home message is, “I can figure out the answer and I don’t have to depend on somebody else.”

It’s important to make people feel that they can come up with a good answer. And you’ve also got to ensure that they feel comfortable doing so. This is why I do it. You’re giving people a lot more by refusing to give them an answer.

He knew that designers brought him work hoping for reassurance when it was marginal. By asking what they thought he was obliging them to say what was actually on their minds. If it wasn’t quite right for the company then it probably wouldn’t work out, simple as that.

But what does this teaching approach mean for leadership?

Nicholas Serota from Tate said that he increasingly finds himself asking questions rather than giving statements. And it goes back to the coaching style of leadership, where you place an emphasis on asking for information rather than simply providing it.

My role most of the time at Wolff Olins is leading projects and people. This means that I’m constantly trying to stop myself from merely making statements. Instead of declaring that I think something should be done a certain way, I’m trying to ask a good question.

“Why is it like that?” is infinitely better than “I think it should be done like that.” It’s a much more useful intervention. But the trick is to make sure it’s a good question!

What do you think makes a great leader? What specific attributes do you look for at Wolff Olins?

But there’s definitely an element of having the capacity to inspire people to buy into your vision. This is unquestionably important. Can you get people motivated? Can you challenge them? These are all attributes of a good leader.

But I don’t believe that leaders have to be charismatic, or even necessarily forceful. It can be done in a quiet way, and I think there’s scope for modest leaders, people who lead through what they do and what they stand for. You don’t have to scream leadership.

What’s your approach to feedback?

I did a keynote at UEA a few weeks ago, and yesterday I emailed a colleague of mine to find out how I could have done it better. I did this because the older you get the less feedback you tend to get. People seem to be either less critical of you or more scared of you, or quite possibly both!

In all seriousness though, it’s important to keep seeking out fresh challenges. This, of course, is one of the best things about teaching. It’s a constant challenge to be clearer, to be more rigorous. It’s not confrontational but there’s always that challenge of making next year’s class or workshop better than the one you’ve just done.

How do you create a culture of feedback?

One of my students put forward an interesting model while they were doing their coursework. It was about the tension between anxiety and comfort, and how different organisations deal with this tension.

Wolff Olins used to be very firm about how people should feel here, but I think we’ve made big moves in this area. There used to be a lot of anxiety and fear and external competitiveness lingering in the air.

“Psychological Safety,” a model by Amy C. Davidson, the Novartis Professor of Leadership and Management at the Harvard Business School

We’ve consciously made a switch towards making people feel more comfortable at work as we now realise it’s better for our employees and better for our business.

And how do you create a work culture that favours comfort over anxiety?

The most senior people in the business have to have faith. By definition this means that they have to take a leap beyond what there is any evidence for. It’s not just about belief or trust, it’s about something more, something more deep-rooted.

Comfort will come when people in the organisation feel as though they don’t have to worry all the time and they can ask for help. This is the true sign that the organisation is projecting faith in its people. They feel they can admit to not knowing something and that that is OK. This really resonates with me.

What’s the approach to learning and development at Wolff Olins?

Ten years ago it used to be entirely informal. It was totally unstructured, on-the-job, almost accidental, learning. And it was a sink or swim philosophy here, as it was elsewhere. There’s now a lot more time and money devoted to learning and development.

We have someone in-house, for example, whose job it is to look after our learning strategy. This is obviously a big transformation culturally. But it’s not just the formal or semi-formal work we do. People are constantly sharing their work, and I’ve noticed that they’re far less protective of it. It’s a culture that collaborates.

But it’s a battle that’s never won: the tussle between anxiety and comfort persists.

I get a lot of content from Twitter and The Economist each week. The chanciness and randomness of finding quality content on Twitter is stimulating. For example, I just read a really interesting opinion piece that mobile phones are the modern equivalent of cigarettes. I thought this was an interesting viewpoint.

Do you have any words of advice for people wanting to get into branding?

Do my course! There’s now a part-time online course  that people can access as well. But I think the most important thing these days is to start doing something yourself – try a few things out. The internet now makes this easy, so I would suggest to any budding brand enthusiast to see what the industry feels like and whether you like it.

It’s also not a bad idea to learn about the main commercial challenges facing branding agencies and their clients. I think this is more useful than an MBA. Otherwise, you just need to cultivate your curiosity, read as widely and deeply as possible, and start to look at the world as a series of texts.

Robert Jones is in his element when teaching blends with business. His quiet leadership style, which places a premium on asking questions rather than supplying answers, means that his influence is often deeply felt. And with a penchant for asking big questions, it’s a method set to have a correspondingly big influence on the business leaders of tomorrow.